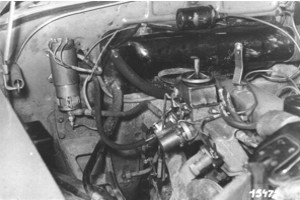 Already during World War II the Russians were testing with fuel injection systems for use with petrol engines. At first the injection systems were meant for use on airplanes. In the late fifties and early sixties the GAZ works did some experiments with an engine equipped with electronic fuel injection. The used a GAZ M21 D engine as base. In 1963 the tests begun with the prototype of engine GAZ-327, designed and prepared in the Design experimental division of the GAZ factory.

The basic design features of the experimental engine GAZ-327, in contrast to the series engines, consisted of the following:

The compression ratio was changed without changing the form of chambers.

To improve the filling of the cylinders the made use of admission valves with increased size/dimension (with a diameter of 43 mm instead of 39 mm in standard). In the upper part of the head of block special inlet channels were made with openings for the installation of electromagnetic sprayers.

The design of the inlet pipe was changed, the preheating device was removed.

Because the construction of the head of the block was changed the exhaust manifold was changed also. It became shorter.

The construction of the ignition timer was changed in way to make room for the additional interrupter needed for the electronic injection system.

There is no diaphragm type fuel pump.

In other respects, the construction/design of the prototype of engine GAZ-327 was analogous to the series
GAZ-21. The fuel was supplied into the inlet pipe under high pressure (2 kgs/sm2) by means of electromagnetic sprayers.The pressure of was created by a special electrical fuel pump and it was regulated by a reduction valve and pressure stabilizer .

The make sure the engine was running well under all conditions a semiconductor control unit and different sensors were placed. 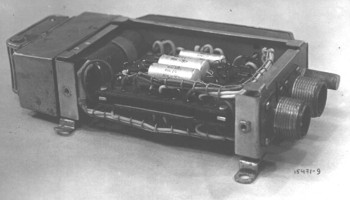 The road tests of the GAZ-327 engines was preformed with a GAZ-21 D Volga. The maximum power of the engine was increased by more the than 14 hp. The maximum torque was hardly changed, but only achieved at 1000 rpm more than with the orginal M21 D engine. 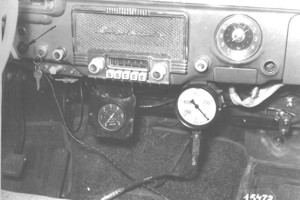 This story ends sadly. The system proved not to be reliable enough to make it in to mass production. The system was to complex and the were to many short comings that easily could lead to major engine problems. Also a shortage of educated mechanics who could service a car with such complex equipment was an import reason not to produce a Volga with fuel injection.