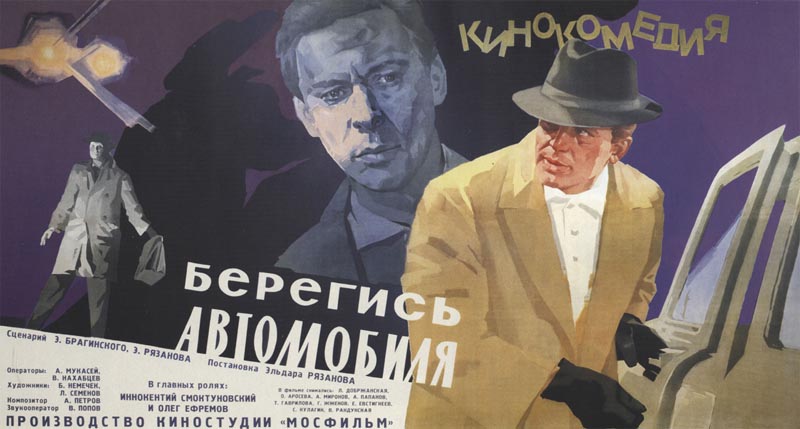 The GAZ M21 Volga is a real classic and an icon of his era. Back in the sixties the Volga was a well known car on the Soviet roads. Being a part of the normal live during that period, the Volga could be seen in many movies in Russia at that time.

One of these movies is Beregis Avtomobilya. Beregis Avtomobilya (Russian: "??????´?? ????????´??") ("Beware of the Car" or "Uncommon Thief" or "Watch out for the Automobile", the US title) is a Soviet crime comedy film by Eldar Ryazanov, produced by Mosfilm and released in 1966. It is often credited as one of the best Soviet (Russian) comedies. The film includes a star cast of Innokenty Smoktunovsky, Oleg Yefremov, Anatoli Papanov, Andrei Mironov, Georgy Zhzhyonov, and others. 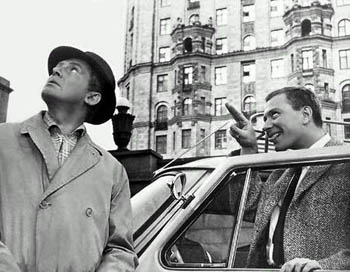 The movie plot evolves around Yuri Detochkin ( Innokenty Smoktunovsky) , a humble insurance agent, who steals cars from crooks in a Robin Hood way, disappointed by the Militsiya (Russian police) being unable to fight them efficiently. He sells the cars and transfers the money to the accounts of various orphanages. Maxim Podberyozovikov investigates his crimes and tries to prosecute him, but faces a serious moral problem in doing that. Yuri Detochkin did not steal just any car, he only steals Volga 's! This film is not only filled with many M21 Volga cars, but there also lots of stunts with a Volga to be seen in this movie. High speed cornering, off road driving and even a stunt parking a Volga on a driving lorry. All these stunts were done with just an ordinary (second hand) Volga without any safety adjustments! Only modification to the car were stronger shock absorbers and stronger suspension. 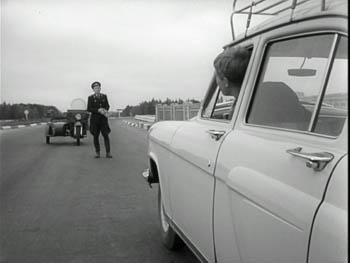 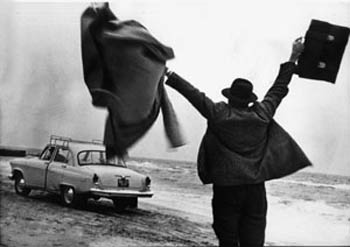