During the sixties the Volga was also assembled in Belgium. This took place at the firm C.I.V.A. in Antwerp. This was done for the Belgium company Sobimpex N.V. in Brussels, later on called S.A. Scaldia Volga and still situated in Brussels. The cars came to the harbour in Antwerp without engine and with the gearbox disassembled in the trunk. At C.I.V.A. they build in a Perkins Four-99 diesel engine. Later on the Perkins diesel engine was succeeded by a Rover engine, wich was succeeded by an Indenor (Peugeot) engine. Despite it made the Volga a lot more expensive, the Volga diesel was by far the most sold Volga in the Benelux. 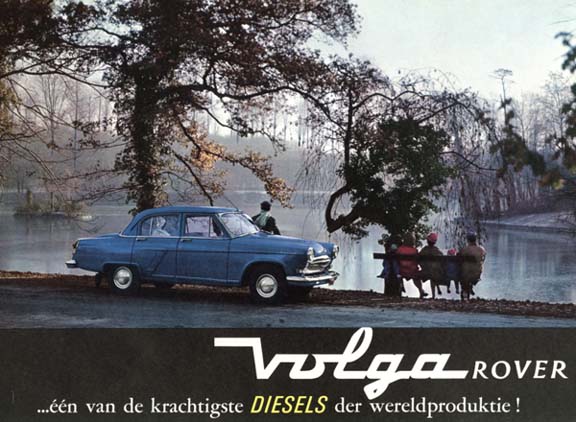 Although the petrol engine was always for sale in Belgium and the Netherlands, this brochure shows where sales department of Sobimpex put the most effort. In the Netherlands the Volga diesel was manly popular as taxi. In the sixties Volga's where regularly seen in cities like Rotterdam and Groningen. 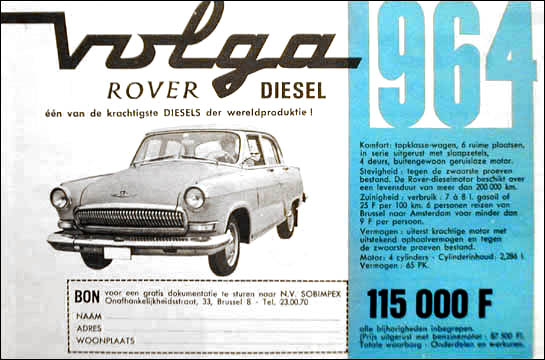 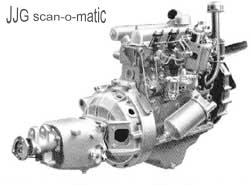 The Rover diesel engine is also found in the Land Rover 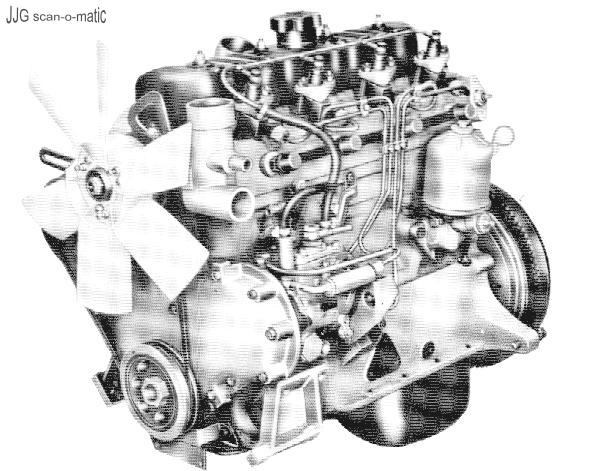 The Indenor diesel engine is also found in Peugeot cars

Sobimpex not only changed the engine of the Volga, the even tried to changed the exterior of the car. In the early sixties the ask the Itialian car design studio Ghia the redecorate the front of the Volga, so it was possible to see on the outside that this was Volga was 'made in Belgium'. Ghia came up with a new grille that changed the complete the front view of the car. The car was shown on the Car Salon in Brussels in 1961. Ghia made only a few a these Ghia Volga's and Sobimpex made no new attempts changing the exterior of the Volga. The 'diesel' badge was the only exterior change of the Volga diesel for the production models.