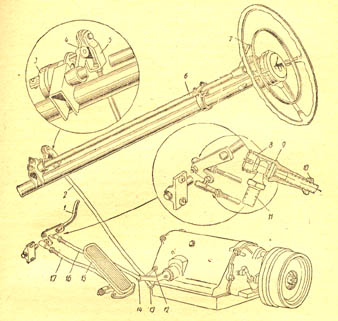 The automatic gearbox went out of production only after a sort time of production. It was a three stage box. The used technique was too complex to be maintained by the Soviet automobilist. At that time there were almost no service stations available in the Soviet Union. There was a shortage of educated mechanics who could service a car with an automatic gearbox. An other problem was probably the lack of quality oils needed to keep such a gearbox operational. Also to tell the truth the degree of production quality at the GAZ works at that time was not high enough to build an automatic gearbox in mass production. On top of this the characteristics of new engine appeared not be a good match with the automatic transmission. All this points together caused the production stop of the automatic gearbox. But all the achieved experience was not a complete waste. The GAZ 13 Tchaika received an automatic gearbox which was build with the knowledge gathered when constructing the Volga transmission. The Tchaika was only build in small quantities and maintained by well educated mechanics working for the state. Imported oil could be used to fix the oil problems. 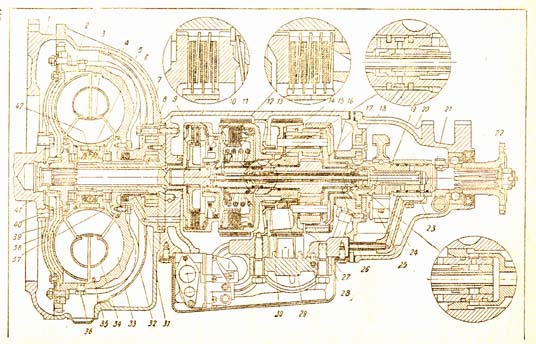