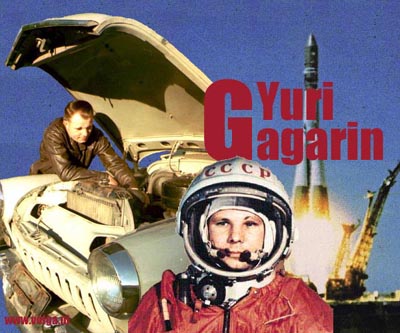 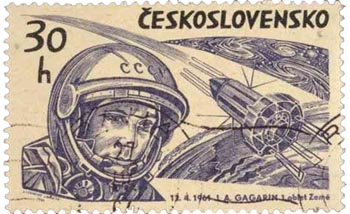 Gagarin and his Volga
After his succesful mission the USSR government gives him a Volga M21, another symbol of achievement of the communist state. Yuri Alekseyevich Gagarin was problably the most famous man who drove a Volga. This Volga driver was know all over the world.

Gagarin was very fond of his Volga and in February 1963 Gagarin visited the GAZ plant. The visited is not very known, the factory didn't make a great ceremony of it. Yuri Gagarin visited the production locations and talked with great interest to the workers. He was very interest in technology and of course was a Volga driver himself.

Gagarin visited the city of Trondheim in Norway in 1964. The local Volga dealer, Kjell Okkenhaug, was asked to be Gagarin's driver and he agreed. But Gagarin wanted to drive himself, and instead mr. Okkenhaug was passenger in the car! (picture below and story by Stig Baumeyer Trondheim, Norway) 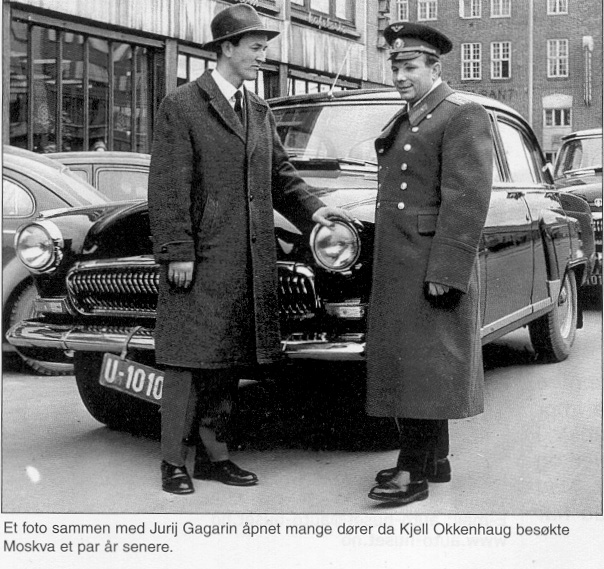 More recently there was a memorial board placed on one of the factories buildings of the GAZ factory that Gagarin visited on 6 February 1963. This event took place because is was 40 years ago that Gagarin completed his "space mission". The space hero died in a plane crash in 1968.

Memorial board at the GAZ works 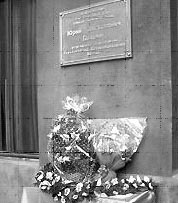